Soft core. The reformation of the old mother’s house which passed to the next generation, demanded a synthesis that bridges old forms with the new demands and uses. Therefore, the main ground floor keeps its old form and position in the center of the plot and becomes the living area of the vacation house of the owner.
Two two-storey volumes frame it. One near the road contains two independent studios that function as guest houses and the second volume, with its separate entrance, is the expansion of the main house. Three different yards allow the users to enjoy their privacy and on top of the core, on its terrace the view of the sea and Antiparos remains unobstracted and creates a new core for new memories.

A new white wall becomes the serving point and hosts all the different functions of the restaurant. The wine, the fish and the bar become the protagonists in this new linear limit. 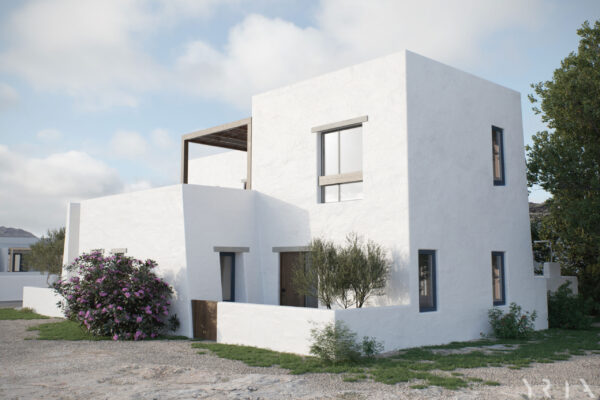 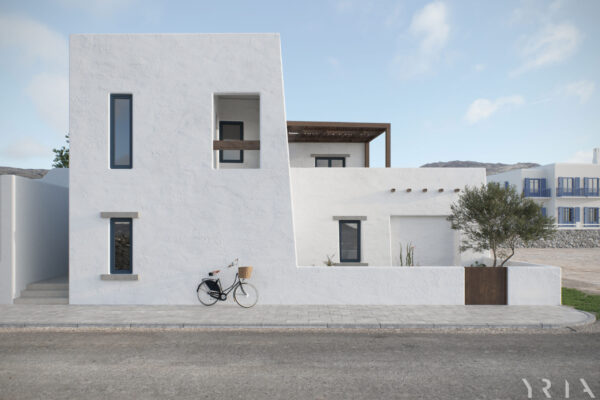 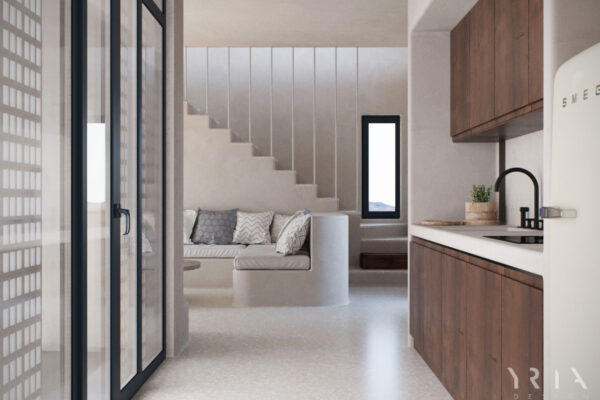 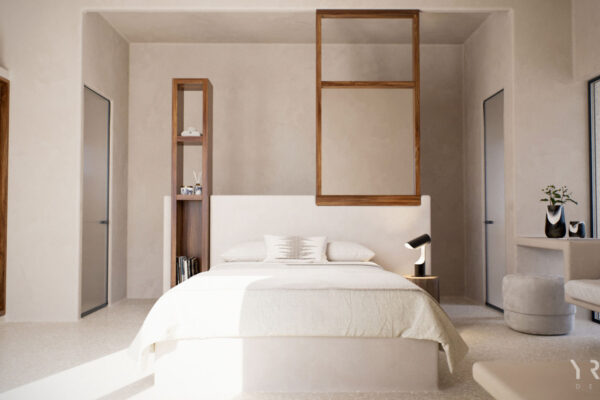